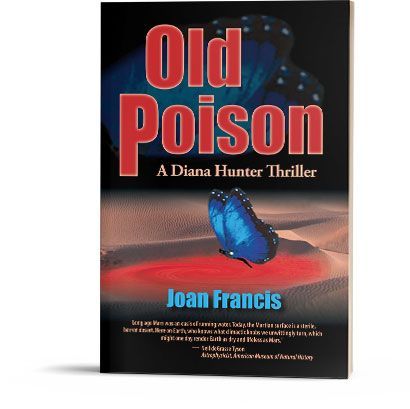 “...Earth is experiencing the greatest rate of extinction since the death of the dinosaurs, and this time it cannot be blamed on a great cataclysm. It is due directly to human overpopulation, pollution, and wanton destruction.”

A strange meeting in a park with a strange little man forces P I Diana Hunter to meet with Evelyn Lilac, an environmentalist and novelist. When Evelyn is murdered in the same bizarre manner as her fictional heroine, Diana finds herself at the vortex of a high octane conspiracy to silence Evelyn's story.

Striping away multiple layers of deception and false leads, she learns that Evelyn Lilac's novel, The Martian Diary, is more than science fiction. Hidden within her story are allegations of corporate greed and crime that could lead to ecological disaster.

As the body count rises, Diana goes undercover at the Blue Morpho Petroleum plant that lies in a remote area of the Costa Rican rain forest. There she learns the terrifying secret behind Blue Morpho’s new alternative fuel, Red 19. Facing a corporation with power and influence that places it above the law, Diana must find the hiding place of Evelyn's hard evidence and then find some way to reveal it to the world before she too is silenced. 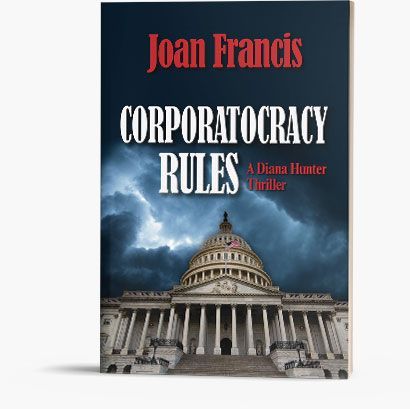 When Private eye, Diana Hunter, agrees reluctantly to work for corporate titan, Maude McCollvoy, she finds herself immersed in the two extremes of American society, the privileged, super wealthy and the hopelessly poor and homeless.

Diana begins undercover as a homeless woman at a downtown homeless shelter. When the subject of her investigation, Maude’s rebellious and crusading son, Robbie, is murdered, Diana begins to doubt that anything is what it appears to be. Is the homeless shelter where Robby worked really offering hope to the homeless, or is it a con that preys on everyone? Is the handsome Nelson Langly, who is also investigating the shelter, a true colleague or a dangerous adversary? Is shelter owner, Dorica June Grizel a small time con or a minor player in a much larger conspiracy. Most importantly, did Maude hire Diana to protect Robby or spy on him?

Overcoming their mutual suspicion, Diana and Nelson combine their two pieces of the puzzle and uncover an international financial and political conspiracy involving secret foreign investment, hidden money, hidden profits, and tax fraud. Faced with a cabal run by men of such power that they are immune to civil and criminal justice, Diana and Nelson abandon legal procedures and resort to desperate measures for extracting justice in and extraordinary fashion. 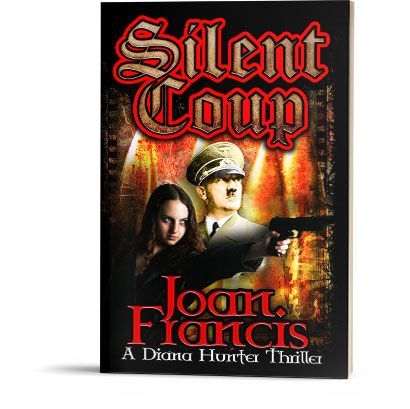 “Ms. Hunter, you’re one smart-ass crack away from arrest in a national security investigation and it could be five years before your leftist legal eagles can bail your ass out.”

With no knowledge of Bennett's clandestine past, Diana is bewildered when she is pursued by a shadow organization using and abusing the powers of the Patriot Act. Branded a terrorist, Diana finds herself as legally defenseless in the United States as Bennett found himself in Nazi Germany.

Diana flees to Germany, learns Bennett’s full story, and begins to understand how dangers to the German democracy in 1930 are being replayed in the United States in modern time.

Bennett's darkest secrets lead to a poisonous legacy that oozed out of defeated Fascism and still festers today in our country's hidden halls of power. This old evil now wants those secrets destroyed and Diana dead. 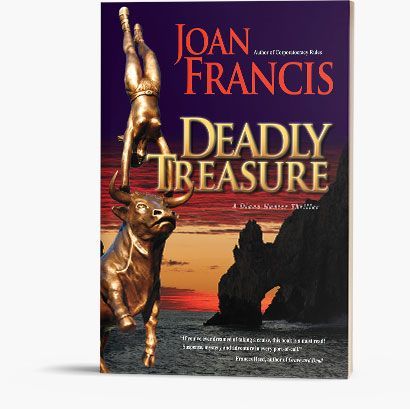 “What the hell was going on? I was sitting at my father’s funeral and getting messages from him. And not a seance message… This was a frigging text message that was definitely coming from my Dad’s cell phone”

If one must be shanghaied, ending up aboard the luxury cruise ship, Roaming Dreamer should be a great way to go. However, Diana Hunter, is about to encounter a level of adventure and danger far beyond anything described in the ship brochure.

Once again, Diana is engulfed in a deadly case set in motion decades earlier by her Uncle Bennett. This time someone is demanding she follow a map left by Bennett and locate some priceless art work that Bennett rescued from a Nazi stash. Diana must decode her uncle’s cryptic notes and search each port of call. If she fails to find and turn over the treasure, her kidnaped farther will be killed.

Joining in the hunt will be her past partner and lover, Nelson Langly, and Abbie Winter, a mysterious friend of Diana’s father. 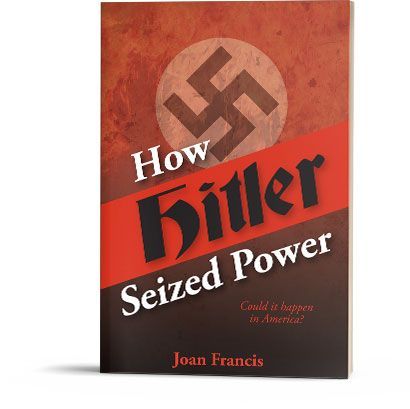 Could it Happen In America?

“How did he move from a comic failure in the Beer-Hall Putsch of 1923 to modern history's most abhorrent tyrant? How did he, without a military coup and without popular support, overthrow a constitutional republic and establish an absolute dictatorship in just three months?”

When Hitler seized power in 1933, Germany had a constitutional democracy with all the legal and institutional guarantees of freedom that our country has. Despite these guarantees, Hitler was able to destroy the democratic government and establish an absolute dictatorship in just three months. He did not use force. He was not backed by a majority of the voters. How did he do that? Could his tactics be used in the United States?

Never in the history of our inspired experiment in self-government has our nation been in greater danger. If we value our freedom and democracy, we must understand how the Germans lost theirs in 1933.